OUR BIGGEST AMERICAN HOLIDAY, JULY 4TH - WHAT IT MEANS 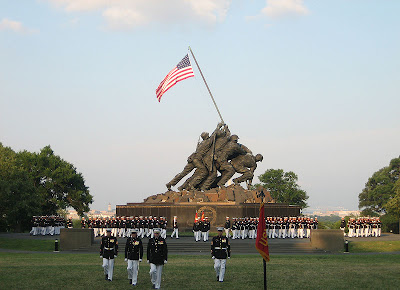 As we approach America’s annual July 4th celebration of our countries independence, I am publishing my Friday blog early this week. Thanks to my friends Warren Silva and Tom Hare for their submissions. To me, it is why we celebrate the meaning of July 4th. As only Kate Smith could sing, “GOD BLESS AMERICA!”

Prior to sentencing, the Judge asked the defendant if he had anything to
say. His response: After admitting his guilt to the court for the record,
Reid also admitted his 'allegiance to Osama bin Laden, to Islam, and to
the religion of Allah,' defiantly stating, “I think I will not apologize
for my actions,” and told the court “I am at war with your country.”

Judge Young then delivered the statement quoted below:

Judge Young: “Mr. Richard C. Reid, hearken now to the sentence the Court
imposes upon you.

On count 8 the Court sentences you to the mandatory 30 years again, to be
served consecutively to the 80 years just imposed. The Court imposes upon
you for each of the eight counts a=2 0fine of $250,000 that's an aggregate
fine of $2 million. The Court accepts the government's recommendation
with respect to restitution and orders restitution in the amount of
$298.17 to Andre Bousquet and $5,784 to American Airlines.

This is the sentence that is provided for by our statutes. It is a fair
and just sentence. It is a righteous sentence.

Now, let me explain this to you. We are not afraid of you or any of your
terrorist co-conspirators, Mr. Reid. We are Americans. We have been
through the fire before. There is too much war talk here and I say that
to everyone with the utmost respect. Here in this court, we deal with
individuals as individuals and care for individuals as individuals. As
human beings, we reach out for justice.

So war talk is way out of line in this court. You are a big fellow. But
you are not that big. You're no warrior. I've known warriors. You are a
terrorist. A species of criminal that is guilty of multiple attempted
murders. In a very real sense, State Trooper Santiago had it right when
you first were taken off that plane and into custody and you wondered
where the press and the TV crews were, and he said: 'You're no big deal.'

You are no big deal.

What your able counsel and what the equally able United States attorneys
have grappled with and what I have as honestly as I know how tried to
grapple with, is why you did something so horrific. What was it that led
you here to this courtroom today?

I have listened respectfully to what you have to say. And I ask you to
search your heart and ask yourself what sort of unfathomable hate led you
to do what you are guilty and admit you are guilty of doing? And, I have
an answer for you. It may not satisfy you, but as I search this entire
record, it comes as close to understanding as I know.

It seems to me you hate the one thing that to us is most precious. You
hate our freedom. Our individual freedom. Our individual freedom to live
as we choose, to come and go as we choose, to believe or not believe as we
individually choose. Here, in this society, the very wind carries
freedom. It carries it everywhere from sea to shining sea. It is because
we prize individual freedom so much that you are here in this beautiful
courtroom, so that everyone can see, truly see, that justice is
administered fairly, individually, and discretely. It is for freedom's
sake that your lawyers are striving so vigorously on your behalf, have
filed appeals, will go on in their representation of you before other
judges.

We Americans are all about freedom. Because we all know that the way we
treat you, Mr. Reid, is the measure of our own liberties. Make no mistake
though. It is yet true that we will bear any burden; pay any price, to
preserve our freedoms. Look around this courtroom. Mark it well. The
world is not going to long remember what you or I say here. The day after
tomorrow, it will be forgotten, but this, however, will long endure.

Here in this courtroom and courtrooms all across America, the American
people will gather to see that justice, individual justice, justice, not
war, individual justice is in fact being done. The very President of the
United States through his officers will have to come into courtrooms and
lay out evidence on which specific matters can be judged and juries of
citizens will gather to sit and judge that evidence democratically, to
mo ld and shape and refine our sense of justice.

See that flag, Mr. Reid? That's the flag of the United States of America.
That flag will fly there long after this is all forgotten.
That flag stands for freedom. And it always will.

Mr. Custody Officer. Stand him down.”
Captured Photo Collection � The 65th Anniversary of D-Day on the Normandy Beaches Photos 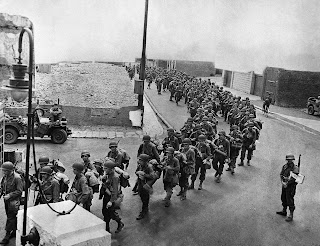